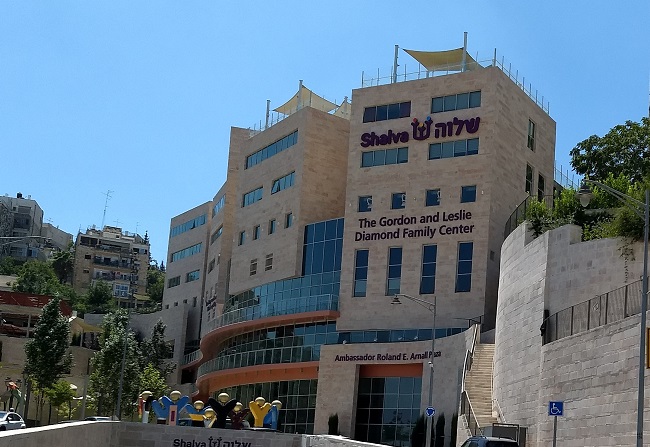 Tokudome: People will be surprised to know that she has not read the book and that she will probably never will. But then, maybe we shouldn’t be. Although she contributed so much to Shalva’s remarkable accomplishments it never was for herself.

How about Yossi? How did he feel about your embarking on writing a book about him and Shalva?

Samuels: For Yossi the book was extremely important and he asked me constantly when I will finish and publish it because he wanted the world to know that “I was not born like this, I was born healthy and normal, seeing and hearing, but the faulty vaccine I received damaged me.” In addition, it was critical to him that the public understands that out of his breakthrough to communication, Shalva was established and is helping so many people in need.  In other words, his challenges have not been in vain. 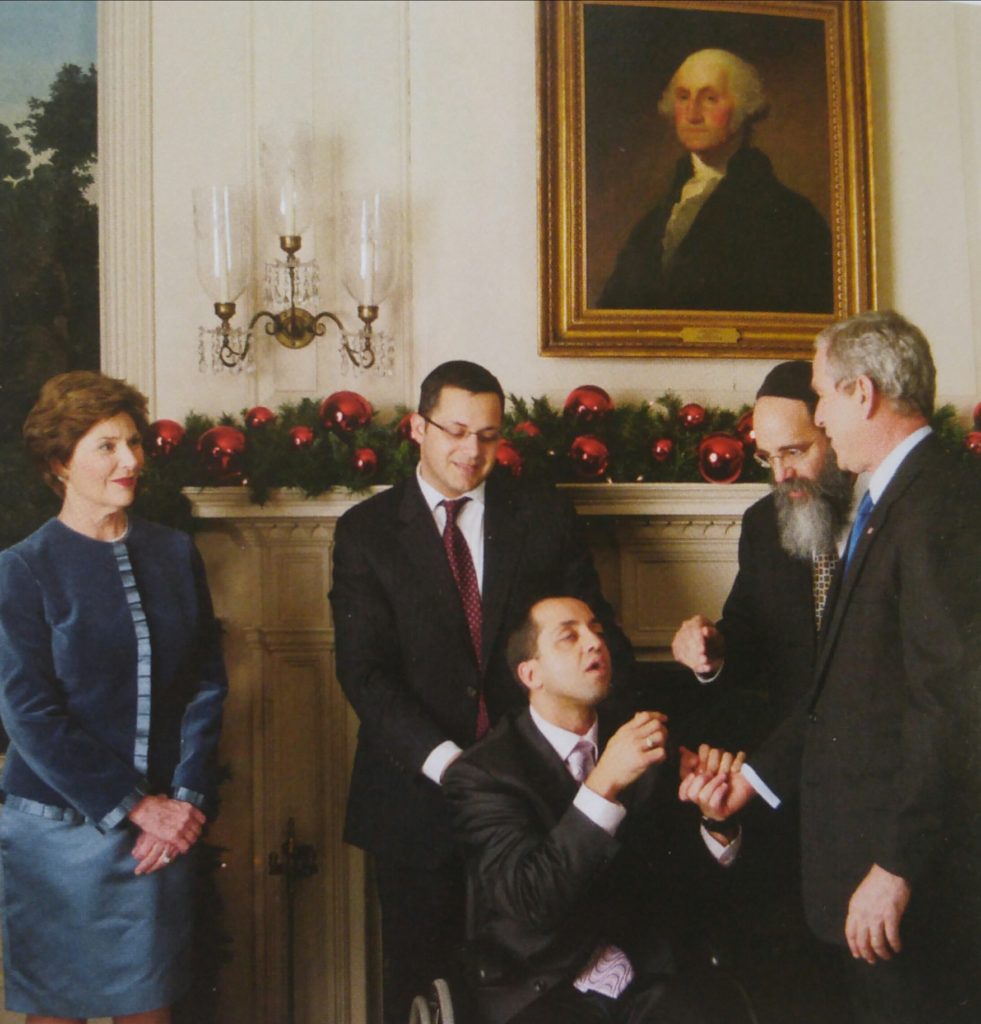 Tokudome: I am glad to know Yossi feels that way. You wrote, “Over the years, I have come to terms with the injury to my son and the resulting challenges that our entire family has had to face as a result…”  I was wondering how Yossi had dealt with his emotions when thinking about his injury. I can only imagine how hard it must have been. But like his mother, he finds meaning in helping others. That is beautiful.

When I visited you at Shalva in the fall of 2019, the Hebrew edition of this book had been just published and you kindly gave me an autographed copy. But I had to wait for the English edition to read it.

Since the publication of both editions, what kind of responses have you received? Did you receive any from prominent people?

Samuels: The English edition was published in May 2020 in the middle of Covid.  At the end of both editions it states “The author can be reached at DreamsNeverDreamed@gmail.com” and I have been receiving reader comments almost daily.

The President of Israel Reuven Ruby Rivlin was the first to respond when he kindly wrote “A touching and inspiring story, the most beautiful face of Israel.” Politicians, celebrities and people from every walk of life have responded, often with great emotion, that “I have just finished reading your book at one long sitting and feel I must write you….”  It seems to touch each reader deeply.

Tokudome: I noticed and read some reviews that mentioned the same thing, that you did not try to explain why you and Malki have been helping other families from your religious conviction.

Samuels: The book is entitled “Dreams Never Dreamed” and the publisher suggested that I change it from the passive tense to something like “Dream on” with a positive message.  I explained that I am not here to preach but rather to share the story behind the story and each reader will take from it whatever he or she finds meaningful.   For that reason, I didn’t address the matter of religious conviction head on.   It seems clear from the story told that religious conviction played into it strongly, but I left these matters for the reader to discern.

Tokudome: I think you succeeded in letting readers see your and Malki’s deep faith without explaining and preaching. And I am sure they also see a universal message in your book.

Samuels: Without a doubt I wanted it to be of meaning to all readers and so while I shared a number of stories that related to Jewish tradition, I left it at the cultural level, very much as I would expect from books I read that are based for example in India, Japan or China.  When such a book goes into too much cultural or religious detail, I lose interest and I wanted to avoid that.

Tokudome: Although your book is not about Israel’s recent history, your personal story is intertwined with some of the tragic events that affected Israeli society as a whole, such as the kidnapping and killing of Nachshon Wachsman by Hamas and the Sbarro Pizza bombing. What do you want the Japanese readers to learn when they read the chapters where you described those tragedies?

Samuels: The tragic stories are shared because they are an essential part of the narrative about my and Shalva’s development, and not as a political statement.  I do hope that the reader will understand that Israel is not Switzerland and we are not blessed with a perfectly pristine existence, but rather we must also cope with murderous terrorists who seek our destruction and sadly sometimes succeed.

Tokudome: Now that many people in the Arab world get to know more about Israeli society, I think a place like Shalva that gives equal access and opportunity to all participants regardless of religion, ethnic background, or financial capability can send a very positive message to the Arab world. Any thoughts on this?

Samuels: Shalva has always shared its hard earned knowledge and experience with professionals and centers around the world.  With the signing of the recent Abraham Peace Accords, Shalva is in contact with our counterparts in the United Arab Emirates and Bahrain and we are developing programs to help one another.  This process is putting real human relationships into the framework of the accords.

Tokudome: That’s very encouraging. When nations help one another in their efforts to take care of their children with disabilities, I believe they can forge true solidarity.

What do you want Japanese readers to walk away with after reading your book, especially on their views toward people with disabilities within their society?

Samuels: I would hope that readers will gain a deeper awareness and sensitivity to the subject of disability, as it relates to the individual with the disability as well as how it relates to the loving family and caregivers.   We all have disabilities that we cope with but some are unfortunately more severe and more visible.  We all hope and pray that each of our children, different as they may be from one another, will be able to live productive loving lives.  My hope is that the reader will learn to extend that attitude and care toward families who share the same dream, but need support from society and good people to achieve it.

Tokudome: Thank you. As someone who had the honor of translating your book, that is also what I would hope.

Lastly, I read that Yossi said that he would like to visit Japan. Is there such a possibility?

Samuels: Yossi has always dreamed of visiting Japan.  He has been quite successful in realizing his dreams so let us hope that Covid will soon be part of history and we can entertain the exciting thought of Yossi realizing another dream and visiting Japan. 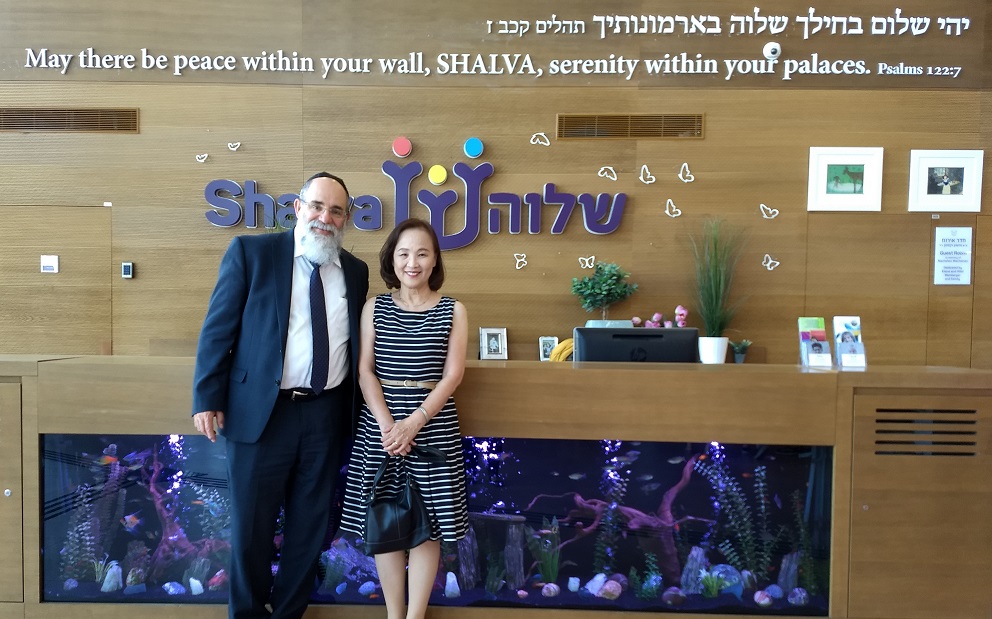 The author with Rabbi Kalman Samuels